Inserted by the Lonely Planet Guide among the ten cities to visit in 2018, to be precise in third place after Seville and Detroit, Canberra is a city located south-east of the Australian territory and isn’t far from Sydney. It still retains the characteristics of a provincial city despite its approximately 400,000 thousand inhabitants.

Canberra is the administrative and political center of Australia

Canberra is considered a young discovery and an extraordinary city at the same time; it hosted international cricket races in 2018 and here was celebrated the centenary of the end of the first world war. To the west of this city lies the mountain range of Brindabella Range, rich in protected nature reserves and the Namadgi National Park. Canberra offers tourists moments of discovery, learning and fun. All national monuments and galleries are located not far from each other and all concentrated on the shore of the artificial lake Burley Griffin.

A visit to the Australian War Memorial is essential to learn about the history of Australia during the First World War and the National Capital Exhibition, where you can listen to the 55 bronze bells ringing on the Aspen Island National Carillon. You can take a guided tour of the Parliamentary Triangle and visit the new Parliament (Parliament) and the old Parliament (Old Parliament House); the new Parliament is a modern complex opened in 1988 where visitors can observe the democratic process during the parliamentary session of "Question Time" at the House of Representatives or the Senate.

For those who are art lovers, Canberra is a special motorcycle city, because it is full of small galleries and houses some of the country's most important public collections. The National Gallery of Australian is the main national public gallery hosting Australian, Asian and indigenous art collections. You can admire portraits of famous less conventional Australians at the National Portrait Gallery. 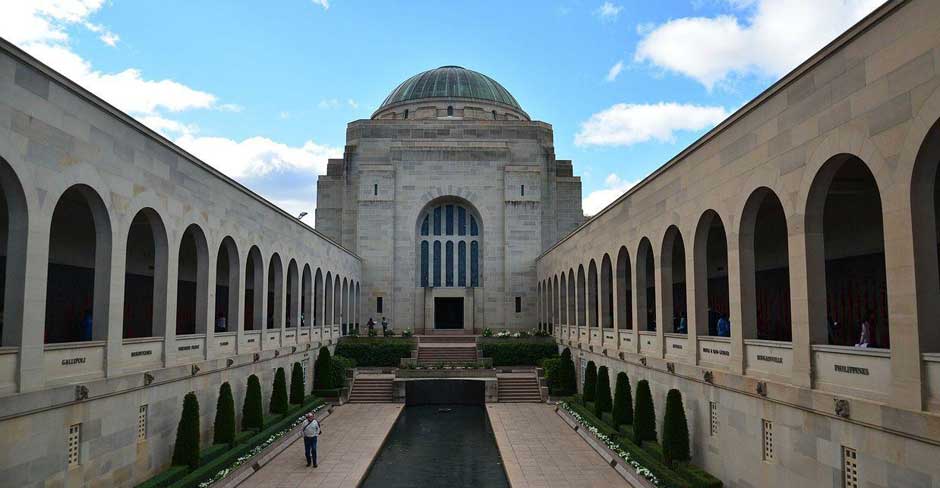 You can review historical documents stored at the National Library of Australia and view the first Australian constitution in the neighboring National Archives. To complete the cultural tour it is good to attend a show at the Canberra Theater Center in Civic.
For sports lovers, at the Australian Institute of Sport in Canberra you can admire the training of athletics stars, gymnastics. Many of the facilities, including the 50-meter swimming pool, tennis courts and fully equipped gym, are open to the public.
Lake Burley Griffin is one of Canberra's most characteristic places. This body of water is used to practice activities such as regattas, kayaks and windsurfs. The best way to discover this man-made wonder is to follow the perimeter of 35 kilometers by bike.

Canberra offers many opportunities for being outdoors. Jogging, cycling and hiking are among the most practiced hobbies. The city has developed a series of routes linked to the local heritage that highlight its urban design. The most famous route is the Mount Ainslie viewpoint, which offers spectacular views of important sites such as the Australian War Memorial, Anzac Parade and Parliament. Admission is free. 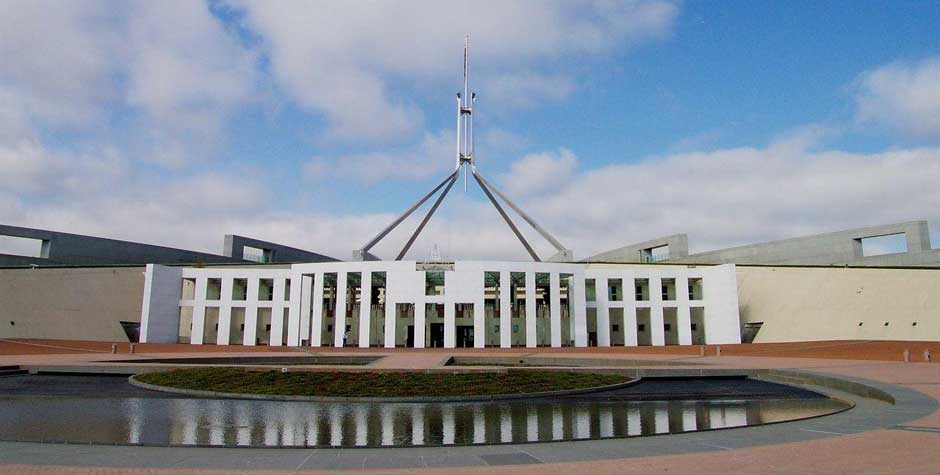 Continue to the Australian National Botanic Garden, whose main trail leads through a Tasmanian rainforest gorge and through a wide range of endemic vegetation. We suggest you to get to the Telstra Tower on the top of Black Mountain for a coffee and admire beautiful views that open onto the monuments and planned roads of Canberra. Follow a path through the bush, passing endemic flora and fauna and brightly colored wildflowers in spring and early summer. Get off the top and discover the life of 19th century settlers at Blundells Cottage and visit the National Museum of Australia exhibits. Crossing the lake and reaching the Questacon, a wonderful attraction for the whole family. Experience the thrill of seeing a volcano erupt, take a virtual flight in a free fall of six meters or play the harp with rays of light.

Another unspoilt place is Namadgi National Park to spend a day strolling through the savannah and experiencing extraordinary outdoor adventures in the Australian Alps. You can explore the eucalyptus and ash forests along the Square Rock trail or take a short climb up to the top of the Booroomba rocks to admire exceptional views. If you want to listen to the call of nature, it is advisable to take the Mt Franklin Road to discover the wild and rugged Bimberi. You will have the chance to meet kangaroos, wallabies, pennant roselle and corrobore frogs in the wetlands and woods.

Visit one of the first European settlements in the Orroral valley or trace the history of the Ngunnawal people, who have lived here for thousands of years. Go to the discovery of Aboriginal sites, ceremonial rock compositions and rock art in about 400 different areas of the park. You can cycle on fire trails or on horseback along the National Bicentennial Trail or rock climbing and rappelling by jagged granite outcrops. Fishing from the waterways in the summer and practicing cross-country skiing in the winter. Camp for the night or return to Canberra to have all the comforts at your disposal.

What to eat in Canberra

Canberra's reputation as a destination for gastronomic experiences is relatively recent. The city has hosted excellent haute cuisine restaurants. In recent years, it has found its identity on a culinary level, thanks to the emerging success of the cool climate wine region (Lerida Estate is particularly noteworthy) and to an explosion of venues that reflect the fickle tastes of the locals. 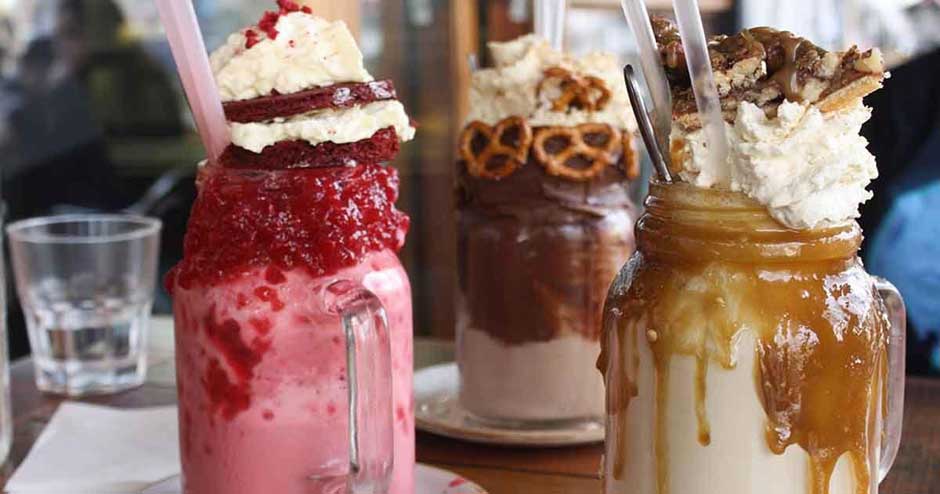 And if you're in Canberra you have to taste the freakshake. This drink or dessert started appearing on Instagram (and in menus all over the world) after a Canberra bar launched this fashion in 2015. To create Freakshake we start from a milkshake base, then add ice cream, sweets, cookies, jam, mini - prtezels. It is garnished with colorful toppings with fruit, chocolate and a sprinkling of cream. Et voila. Everything is served in a king-size glass cup. At the beginning - it was 2015 - the idea of these "monsters" smoothies was created in a Canberra patisserie, Patissez, to be photographed and put on Instagram, to capture the attention of potential customers: today the owner of Anna Petridis admits to having the line of people waiting hours before they can have their Freakshake.
So there is no better place to try one than the bar where it all began. The Pâtissez bar serves a wide range of delicacies such as the "Like a Velvet" (a red cake with layers of raspberries filled with jelly, whipped cream, cheese glaze and raspberry coulis, with a splash of ice cream and whole milk, decorated with dehydrated and frozen raspberries and fresh strawberries) and the Snickers Shake (salted caramel paste, vanilla ice cream, fresh cream, homemade pecan cake and salted caramel melted at the top). You will not know what hunger is anymore.

Canberra is located about a two-hour flight from the eastern Australian cities such as Sydney, Brisbane, Melbourne, Adelaide, Perth with daily flights offered by the Qantas, Tiger Australia, Virgin Australia and Fly Pelican companies. There are also international flights to Canberra every week and daily flights from Singapore and Doha.
Canberra Airport is the best of its kind, functional and efficient and represents a place of cultural interest due to the presence of world-class sculptures, landscaped gardens, extraordinary water features, an interactive display with augmented reality and a Lockheed aircraft Hudson Bomber A16-105 carefully restored. Perfect city for short stays and weekends.

If you want to organize a tourist trip in Australia it is essential to know that to enter the Australian territory it is necessary to apply to australian visa , which for the English citizens is represented by the Visa eVisitor that gives the possibility of staying in Australia for 90 consecutive days and has a validity of 1 year.
If the visa applicant is an American or Canadian citizen, then the entry visa will be an ETA Australia. The visa for Australia ETA gives the possibility of a stay of 90 consecutive days and has a validity of 1 year. For additional information, you can view our Australia Visa FAQ

Cairns and the Great Barrier Reef

Cairns and the Great Barrier Reef: Experiencing the Breath-taking Beauty of Australia Australia-ETA.com Deep down the beautiful island country, Australia, there’s the mesmerizing the...

Unforgettable Australian Waterfalls Australia-ETA.com The pristine beaches and the wildlife of Australia hides a lot more than eyes can meet. The national parks and the beaches house...
Top of Page