The Must-Visit Festivals and Events of Australia

Festivals and celebrations are a part of every country and so is the case with Australia. The country is huge with a myriad of festivals and events that one can attend throughout the year. From festivals on arts, film and food to downright funny, entertaining, and crazy events there’s something for all.

If you are an art and culture lovthat’er planning to take a trip to Australia soon, then its’ a country that definitely knows how to celebrate. However, you must have an Australian Visa Travel without which you would not be allowed entry in the country as a foreigner. The Visa allows foreign nationals to visit the country for business purpose or tourism. All you need to do is to apply online and it’s gets linked to your passport automatically.

Now that you have what it takes to enter the Island country, let’s guide you through the must-visit festivals and events in Australia.

As an art lover you can find solace in this event that took off in 1953 and is reportedly Australia’s longest running international art festival. It is also known to be the primary cultural event of Western Australia that attracts 50,000 viewers every year.
It’s held over a period of three weeks throughout the months of February and March that includes events like street arts, dance, classical music, theatre, visual arts, family events and more. 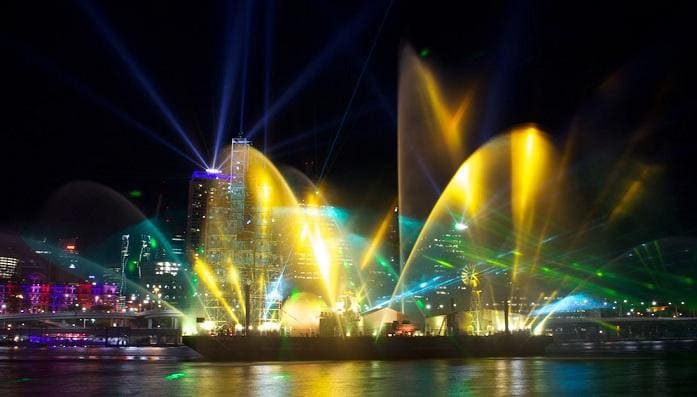 Mofo and Dark Mofo are two annual festivals conducted by MONA (Museum of Old and New Art) that’s known for its extraordinary underground architecture and anti-establishment approach. Both these festivals are super experimental and radical art and music. The winter event on the other hand, that has historically been the more controversial of two still thrives off disrepute. This festival has turned Tasmania, the smallest and poorest state of Australia into the rapidly growing tourist destination and the breeding ground for the avant culture over the years. 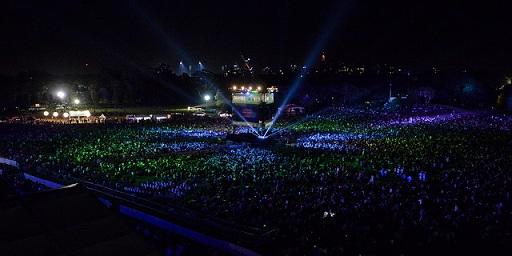 If you are a film lover, then Tropfest is not be missed which is the largest short-film festival across the globe. It was established in 1993 and attracts over 70,000 viewers with around thousands just watching the live streaming. This central event holds the screening of 16 finalists along with red-carpet appearances and an award ceremony where the winner of the event is finalized by a team from the industry and the celebrity judges. The event is held at the Parramatta Park in Sydney.

Sporting events are a part of Australia’s culture and they are world class like the AFL Grand Final. The football league was started in 1896 in a bid to keep the cricketers fit during the winters. Earlier known as the Victorian Football Club was renamed as Australian Football League in 1990 that features 18 teams participating from all over the country.
The two grand finalists compete every year on either the last Saturday of September or on the first Saturday of October at the Melbourne Cricket Ground for the trophy.

The food lovers have a lot to rejoice with the Victoria’s top-class food and wine sector that celebrates some of the most palatable dishes. This event is held in March and is a 10 days program that features 300 events across Victoria. The foodies here can try out samples from the gourmet fare, relish the long regional lunches, be a part of the workshops and feed themselves at the pop-up restaurants. Nigella Lawson or Maggie Beer area some of the celebrity chefs and personalities that make appearance in this event.

While these are the top 5 festivals and events in Australia that are a must-visit, there are also other events like the Sydney Gay and Lesbian Mardi Gras celebration, WOMADelaide or the Darwin Festivals that are not to be missed. So, now that you know how long does Australian Visa take, all you need is to pack your bags and head over to these fantastic events in Australia.

24 Hours on The Gold Coast

24 hours on the Australian Gold Coast Australia-ETA.com Your Itinerary for Spending 24 Hours on The Gold Coast If you are already planning to head over to Australia nex...

5 Best Outdoor Markets in Sydney for That Ultimate Shopping Pleasure Australia-ETA.com Sydney’s outdoor markets are one of the best destinations you can explore as an avid shopper. T...
Top of Page